​WHO IS Acero Twins & MARCEL WADE PRODUCTIONS?
We're writers, producers, director's, actors and believe it or not... paranormal investigators.

IS ACERO TWIN PRODUCTIONS JUST THE TWO OF YOU?
No way. We have an amazing team we work together and we all work on our own as well. Primarily the writing is done by us, once it's ready to go, production begins. Marcel Wade has been our Lifeline lately as he is current Director/ Unit DIrector and Editor in Chief for the next spin off shows.

HOW DID SUNDAY MORNINGS COME TO LIFE?
We believe it was time... The story was easy to write as it is loosely based on true life events. After the script was complete we called one of the smartest and creative women we know,  a director and  long time friend, Inda Reid. We only sent her the first few scenes. She called us back immediately and said "YES"! She was crying laughing and loved the dark undertone. Inda is smart, talented and we knew she would be a perfect fit for the project. Inda knew many of the characters in the story. Her excitement and love for the project sealed the deal. We trust Inda and know her work. She's extremely creative and we knew she would just 'get us'.

WAS IT EASY MOVING FORWARD WITH THE PROJECT?
I wouldn't say that. We kind of didn't think about it. First we called a very good actor friend of ours Quincy Bonds. He knew the story and script and told us not to be afraid. He said who cares who thinks you both are crazy, cause you are! LOL :) He also said "I bet if you asked for help, you both will get it". It was a blessing to have encouraging people around us.

WHY WOULD YOU BE AFRAID?
Well, Sunday is the name of the main character. So people immediately think this is about going to church. Well... it's about LIFE, real life. The characters do go to church, but that doesn't mean by any means the characters are sweet or perfect. The world can be very judgemental at times and exposing the funny, good, bad, very bad heartache in your life can be a scary thing.

WHAT HAPPENED NEXT?
We called a few actor friends that we knew, posted on-line casting calls and we even called our agent for some talent that would be interested. Talent had to be able to act, sing and dance. Some of the actors we knew and some we didn't but they we're AMAZING!  Amazing not just as actors and local talent but as people also. We fell in love with everyone. They really brought this project to life. We're so grateful.

READ THE FULL STORY ON NEWS AND EVENTS COMING SOON...

Our goal is to create inspiring work that embraces everyone. Creating visibility for those who want the freedom to live their dreams!

2017 Robert Dinero and Marcel at a Wrap party. 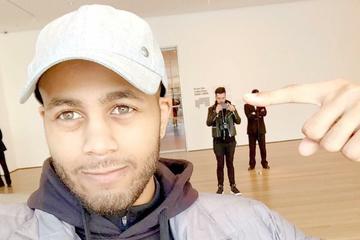 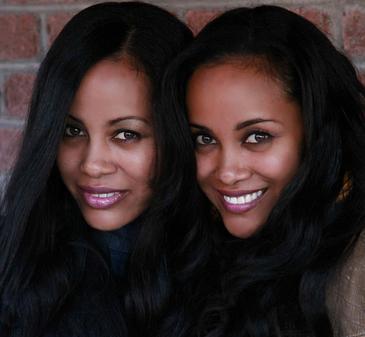 Acero Twins & Marcel Wade Productions will begin Pre-production for their next Feature Film  tentatively on or around June 2017.

​
Be on the look out for "The Mystery Leagues paranormal Docu-series!!! BTW... We're also serious paranormal Investigators ANGELS ARE ALL AROUND YOU!

Want to be part of our next project? E-mail us your headshot at casting4sm@gmail.com or Click here to contact us.

​Who is Michelle and Maria? We're writers, producers, actors and believe it or not... paranormal investigators.

Is Acero Twin Productions just the two of you? No way. We have an amazing team we work together and we all work on our own as well.

Where did you come up with the name ACERO? It  means 'steel' in spanish, we like that, it sounds strong. It's also our Moms maiden name and our middle name. Our Mom is The Acero in the company and we are the Twins.

Atlanta based identical twin sisters, Marie and Michelle began their public appearance in the late 90's in a R&B singing group called Elusion.

The Duo have teamed up with family again featuring up and coming Director, Marcel Wade. Marcel is a current Student at SCAD

and under a current Production Intership at Tyler Perry Studios. Marcel was the reason we were able to complete Sunday Mornings. We could not have done it without him!